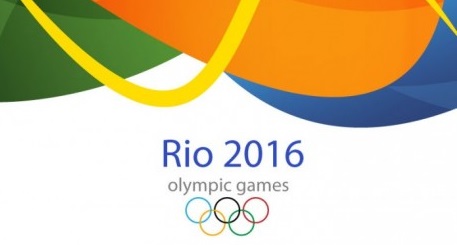 Tags: Behaviour, Celebrations, Event, Events
Colors high in the air, a state of excitement gripping the entire world as the Rio Olympics draw to a close. Up to a staggering 11000 athletes await their turn to participate in the mega event held internationally in Rio De Janeiro from the 5th to the 21st of august this year. Pulse runs high as the hard work of so many years come close to being challenged by the world's finest. One on one fights, a battle of skills and willpower to choose the finest athletes among the entire human population. The largest multi-sport event with a variety of areas for the athletes to display their skills has finally begun and so has the expectancy of each country for their players. The event features a staggering 28 number of different sporting events that include rugby and golf aside from the usual sprints and throws and races that the Olympics is so famous for. This year Rio has planned to accommodate the sporting events in 33 different venues in Rio whereas Sao Paulo, Belo and Manaus are also hosting some parts of the event. Rio has prepared to offer up to a total of 306 medals to the winners of these sporting events to take home with them as the mark of their accomplishment for themselves as well as for their country. Festivity highlights the view wherever your eyes fall. Rio started the massive event with an outstanding opening ceremony at the Maracanã stadium on 5th august accommodating a crowd of 78000. A setup and dance performance of up to 6000 volunteers were assembled to entertain the spectators, having been trained by Brazil's most renowned choreographers. There was a lot of effort being put into this presentation along with rehearsals afoot since May 2016. The Olympic cauldron was lit at the Maracanã with the flame in the form of a pot in consideration of the global warming crisis. The pot was designed to reduce emissions and produced a considerably less volume of flame than its predecessors, setting an example for humans worldwide. A total of 306 events is scheduled to take place featuring 28 sports. From diving to water polo to archery competitions and cycling. What not is there to see at the main hub where the entire world sends its representatives to compete against one another to try and outrun their rivals to earn glory for their country. Needless to say, that the expectations behind each flag are enormous. With families, friends and the entire nation on the edge of their seats for the results, there is definitely a ton load of responsibility on the shoulders of each contestant. All in all, the event of the year is at hand and ongoing. There will be wins and for these wins, somebody will have to lose. Tears of happiness and sorrow will flow free, mixed with the sweat of hard work and expectancy. These games are not about the gold and the silver, it is about the faith of the nation behind every competitor. It's about the eyes on every contestant as they attempt to push boundaries to break records of every other rival to claim the glory of a spectacular win.
Contributed by: Adnan Ahmad